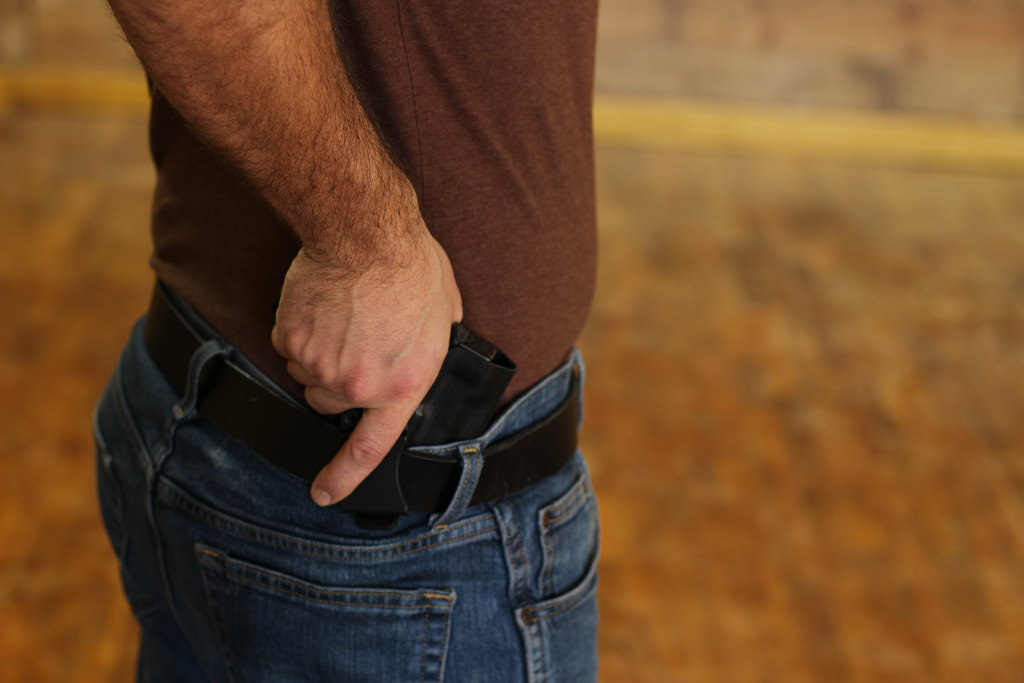 Day-to-day chores are a monotonous part of life that is usually forgotten about a few moments after completing the task. However, because of the monotony and the repetition few people are attentive when actually doing the task itself. Luckily for a Milwaukee man who was simply filling his car up at a local Citgo station, his mind was focused on what was going on around him, as it may have saved his life.

The incident in question occurred last Thursday night, July 26th at around 7:30 in the evening. The Milwaukee man in question was in the parking lot of the Citgo gas station near 35th and Silver Spring grabbing some fuel for his car when a stranger walked up to him. It was clear from the get-go that this stranger was not a polite citizen as it was soon confirmed that the man walking up to him was attempting to rob the subject of our story.

Luckily for the man at the pump, he was an attentive individual and was able to notice the danger that was heading his way. Even more lucky for him was the fact that the man at the pump was a card-carrying CCW’er who was armed with his personal sidearm at the time of the robbery attempt.

Very quickly the would-be thief came to the realization that he was in a bad way as the CCW’er unholstered his firearm and shot at his attacker, striking him with a bullet in his keester. This incapacitated the criminal for long enough for the Milwaukee police and Emergency Services to arrive and take away the robber to a local hospital where he will be treated for his gunshot wound before heading off to jail.

As for the concealed carrier? No news yet as to whether or not he will be charged for his firearm discharge, but considering the incident was caught on CCTV cameras placed around the gas station, it’s safe to guess that he will be proven innocent of wrongdoing by the tape.

What do you think of this story? Would you be able to defend yourself if someone suddenly attacked you while filling up your car? Let us know in the comments below.

The class was very informative and interesting and also had a few laughs. The instructor was very knowledgeable and encouraging.

Malissa and the entire staff did a great job, first covering the psychology and mindset associated with protection and why it is needed – followed by “nutrient-dense” training, techniques and habits that can be put to use immediately.