Join Our Newsletter
Shop Our Store
MAIN MENUMAIN MENU
By Brian McLaughlin on May 30, 2019 in DGU, News 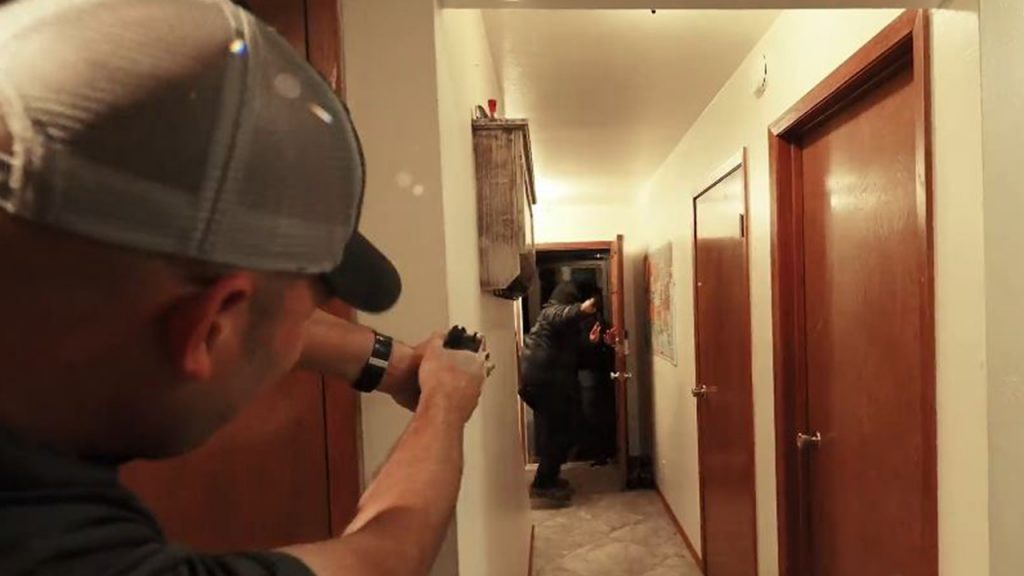 A man is dead after he attacked his own daughter and her boyfriend at around 11:30 a.m. on Tuesday of this week.

According to police, an argument about money between 55-year-old Robert Luckfield Jr. and the couple escalated until he began shooting at them with a handgun.

His daughter and her boyfriend retreated to a nearby bedroom and the boyfriend armed himself with a rifle.

According to Captain Brian Wall of the Caledonia Police Department:

“There was a shot fired from the deceased (Luckfield) at the other parties, and then at one point, the boyfriend armed himself with a rifle, there was an exchange between the two of them, and then more shots were fired.”

A total of 8 rounds were fired between the two men during the gun fight but only Luckfield was hit. He died at the scene.

Luckfield’s daughter then called 911 to report the shooting.

“Officers received information from a female who lives at the residence that her father had been shot,” Captain Wall said.

During questioning, the boyfriend maintained that he was in fear of being killed by Luckfield and was only protecting himself and his girlfriend from her father.

“They’ll probably be questioned additionally, but right now we don’t have enough evidence to make an arrest,” said the captain. “And quite frankly, one of the things we’re looking at is if this was a self-defense type issue.”

Captain Wall went on to say that officers from his department have been called to the home in the past for domestic disturbances.

“The one incident I can think of I know it did involve the deceased and his daughter,” said Captain Wall.

While the investigation is still on going, the autopsy report from the Racine County Medical Examiner, Michael Payne, says the injuries sustained by Luckfield appear to support the statements given by the daughter and boyfriend. Police say they will not identify any of the other involved parties until the investigation is complete.

This home defense situation is a difficult one to anticipate. Most people probably do not anticipate a deadly attack coming from a close relative.

However, knowing how to shoot and move inside your home is an essential part of any home defense preparation. Read here for the Complete Home Defense – Tactics For Defending Your Castle, and brush up on your skills.

What do you think of this shooting? Leave a comment below to let me know.

I highly recommend Malissa and the work she does. I spent 2.5 hours with her tonight in a Women’s Beginner Handgun class. Malissa has great depth of skill and a delivery style that is conducive to learning. As she teaches she balances humor and drop dead seriousness. In addition, her passion for personal empowerment is evident in classroom interaction.