Join Our Newsletter
Shop Our Store
MAIN MENUMAIN MENU
By Craig Martin on September 22, 2017 in Law 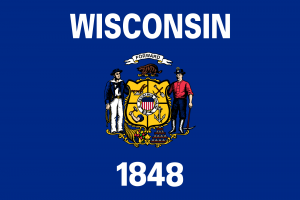 A fight is coming to Madison’s State House following the Republican-controlled Wisconsin State Senate Judiciary and Public Safety Committee’s 3-2 vote to allow a right-to-carry or “Constitutional Carry” bill to be put to a vote in the full State Senate.

Currently, as most visiting this site are aware, it is necessary for any Wisconsinite wishing to carry concealed to need a permit to do such, however as more and more states commit to constitutional carry lawmakers in Madison have taken notice and the swell of popular sentiment towards the laws have made it so that the Senate believes it can be passed here.

Currently 331,000 Wisconsinites are permit carrying concealed carriers with many more looking to get their licenses with every class taught across the state. However, should this right-to-carry legislation pass it may be deemed well within each Wisconsin citizen’s rights to bear arms as the U.S. Constitution truly intended.

The legislation is not without its planned pushback, however. Democrats throughout the state’s legislative body believe that the bill should not be voted into law, but even with their minority, there is a good chance that they could win and see this bill fail. The reason that could occur is because of one man; Governor Scott Walker.

Walker has taken the more gun-control side of this issue stating that he is “comfortable” with the current arrangement of concealed carry permits being issued and while many are inclined to agree with him, this step away from gun rights progress is sure to enrage many 2nd amendment proponents in the state.

But these are still hypothetical. We need to first see if the Senate has the votes to pass this bill, then the House, and then we need to let Governor Walker know just how strongly we the people feel about this matter.

So I encourage you to write, call, and email your local State Senator or State Representative and let them know how you feel about Wisconsinites joining the ranks of states that are fully on board with doing what the U.S. Constitution clearly states in its language.

What do you all think of this story? Would you support Constitutional Carry in Wisconsin? Let us know in the comments below.

Great class! Malissa is very knowledgeable, a great teacher! Questions are encouraged and safety is her #1 priority. I will be taking additional classes, highly recommend!