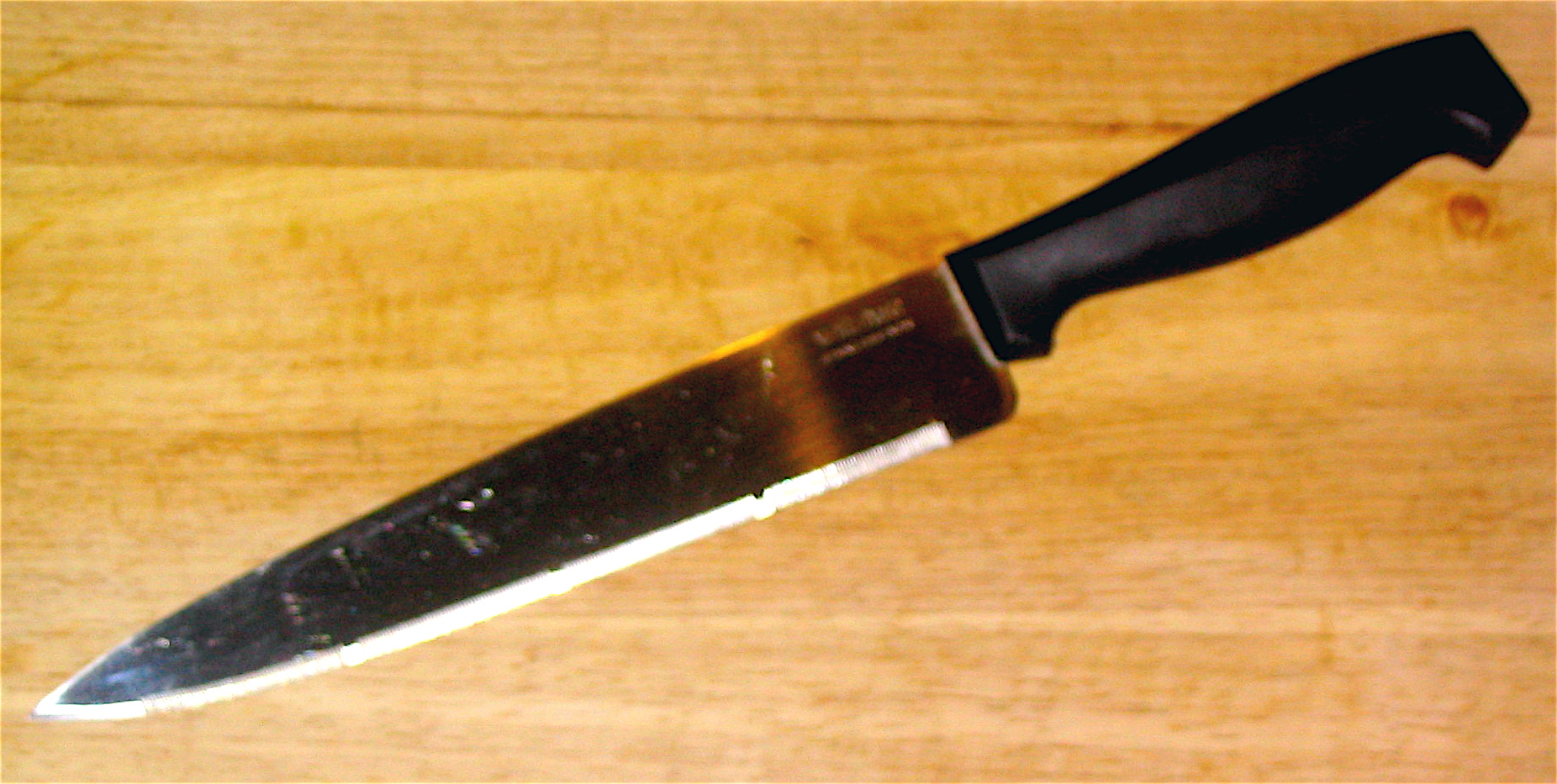 Allouez, Wisconsin – According to Brown County Sheriff’s Office, deputies were dispatched to the scene of an attempted robbery on Saturday.

When officers arrived in the 2100 block of Webster Ave. at around 12 p.m., they contacted a man who said that someone tried to rob him at knife point.

The victim told deputies he’d been plowing snow with a small tractor when he was approached by a clean-shaven black male wearing blue jeans, a black hoody, a Chicago Bears stocking hat, and appeared to be aged between 35-40.

The man asked the victim for money, but when the victim responded he didn’t have any, the suspect pulled a large 8-inch kitchen knife out and demanded valuables.

Instead of his wallet, the victim produced a legally concealed pistol causing the suspect to turn and flee the scene on foot.

Deputies immediately set a perimeter and used a K9 unit in attempt to track the suspect down in the snow but were unable to locate him.

The Brown County Sheriff’s Office is requesting anyone with information about the whereabouts of the suspect matching the description to call the Brown County Public Communications Center at 920-391-7450.

They also advise citizens not to approach the suspect themselves, but to let their deputies know right away.

When the threat has a knife, distance is your friend. Find an obstacle, like a car, small tractor, or tree and keep it between you and the threat. Use the obstacle to keep the threat at a distance while you get your gun into the fight.

From the example above we can also see how to be heads up enough to get an accurate description of your attacker. It may be difficult to do given the intensity of the situation, but details matter and it could be important.

Being able to use your environment to your advantage, and not your detriment, is an essential part of combat and should be well studied by those who carry a firearm for self-protection. The Fighting from Cover Training Online and DVD series offers the latest tactics and techniques for coming out on top in a fight.

Malissa and the entire staff did a great job, first covering the psychology and mindset associated with protection and why it is needed – followed by “nutrient-dense” training, techniques and habits that can be put to use immediately.

Jim Beck is an exceptional instructor. You can feel the passion he has to actually instruct, inform, and teach his students. His class is not a “cookie-cutter”, “get them in, get them out” experience. His presentation was interjected with relatable anecdotes and hands on activities that really make the points you’re learning understandable. After his class, I have a new respect for, and understanding of, the responsibilities of conceal carry. And this was just the initial required class to apply for my permit…