Join Our Newsletter
Shop Our Store
MAIN MENUMAIN MENU
By Malissa Misch on March 29, 2018 in Law 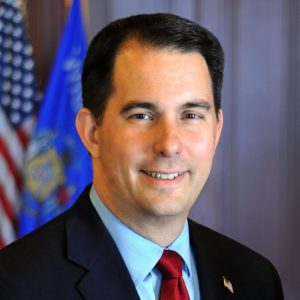 Walker’s plan does not include any type of gun law reforms. Rather, it created the Office of School Safety which will be operated out of the state Department of Justice. Governor Walker said “This bill provides important grant funding that will allow districts to invest in safety measures that will protect against all threats.“ The plan will focus on training and resources for schools. Glad to see this moved quickly with bipartisan support. Schools can start applying for grants now.

In addition, Walker knows that gun reform is not the answer. Moreover, it’s common knowledge that troubled youth have contributed to many of our country’s most horrific school tragedies. Thus, I would like to see a greater focus on the troubled or alienated kids within schools to prevent another Parkland tragedy. Everyone knows who they are.

Focus on the kids who are bullied or the ones who act out and already have a file two inches thick. That said, I like the priority of trauma-informed care in this legislation and think it will have a significant impact coupled with the mandatory reporting requirements. This way we will see schools take control of a red flag student situation before it turns into something much worse.

Walker said in an interview that no child, no parent, no teacher should be afraid in our schools. I agree and applaud his efforts. Great work, Scott Walker, for moving swiftly on such an important issue!

This class was great! This was a smart, safe, responsible concealed carry course! I feel empowered! I look forward to taking a personal defense course with Malissa