Join Our Newsletter
Shop Our Store
MAIN MENUMAIN MENU
By Brian McLaughlin on September 21, 2018 in News 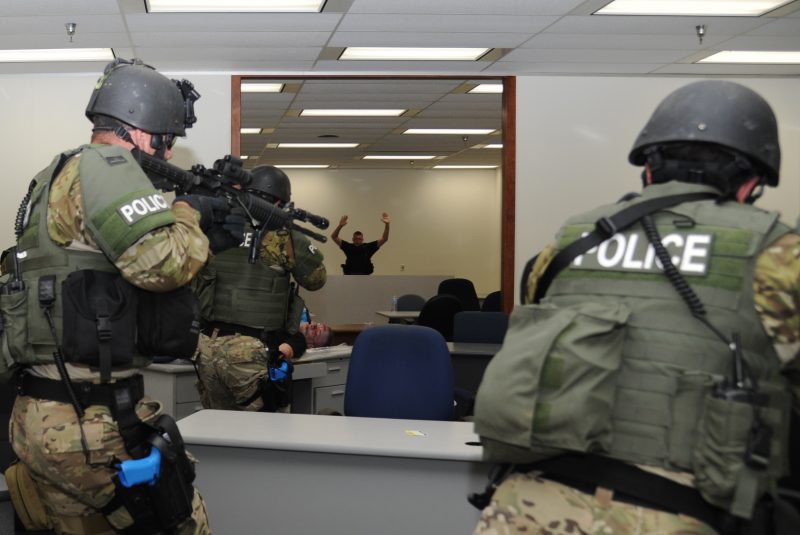 The shooting occurred at software firm WTS Paradigm, in Middleton where the suspect had been an employee since 2017.

Police say that the suspect, 43-year-old Anthony Tong, did not have a known criminal record, and a search of his home discovered no clear motive.

According to Middleton Police (MPD) Chief Charles Foulke, Tong opened fire at approximately 10:30 putting one co-worker in critical condition and two others in serious condition. The 2 men and 1 woman were transported to UWHealth.

The victim in critical condition was upgraded yesterday according to a tweet from UWHealth. None of the victims have been identified at this time.

According to Chief Foulke, Tong exchanged shots with four officers who Foulke said were:

” … very heroic … and, from what I’ve been told and I believe, prevented much more bloodshed from happening.”

In accordance with MPD policy the four officers have been placed on administrative leave.

“We have reason to believe the suspect was heavily armed with a lot of extra ammunition, a lot of extra magazines,” Foulke said, adding that the shoot out between the suspect and responding officers resulted in, “A significant number of bullets were fired”

Watch a video of a news report on the incident:

The gunman was critically injured by officers and later died at the hospital.

WTS Paradigm, the software firm, was located in an office complex with several other businesses. Around 50 police vehicles arrived on scene as the occupants flooded out of the building.

The FBI who responded along with Middleton police and Sheriff’s Department are assisting in the investigation.

While Tong did not have a concealed carry license, the ATF is investigating whether the pistol he used in the shooting was legal.

What do you think of this situation? Leave us a comment below to let us know.

Would an armed citizen have been useful here? Read this article by Jacob Paulsen to find out.

Awesome class, extremely easy to sign up. Our instructor was super nice and would answer pretty much any questions the class had. Malissa was very laid back but an excellent teacher! It’s very important information they are teaching there. We plan to revisit for other classes in the coming year!

Jim Beck is an exceptional instructor. You can feel the passion he has to actually instruct, inform, and teach his students. His class is not a “cookie-cutter”, “get them in, get them out” experience. His presentation was interjected with relatable anecdotes and hands on activities that really make the points you’re learning understandable. After his class, I have a new respect for, and understanding of, the responsibilities of conceal carry. And this was just the initial required class to apply for my permit…