Join Our Newsletter
Shop Our Store
MAIN MENUMAIN MENU
By Brian McLaughlin on November 15, 2018 in News 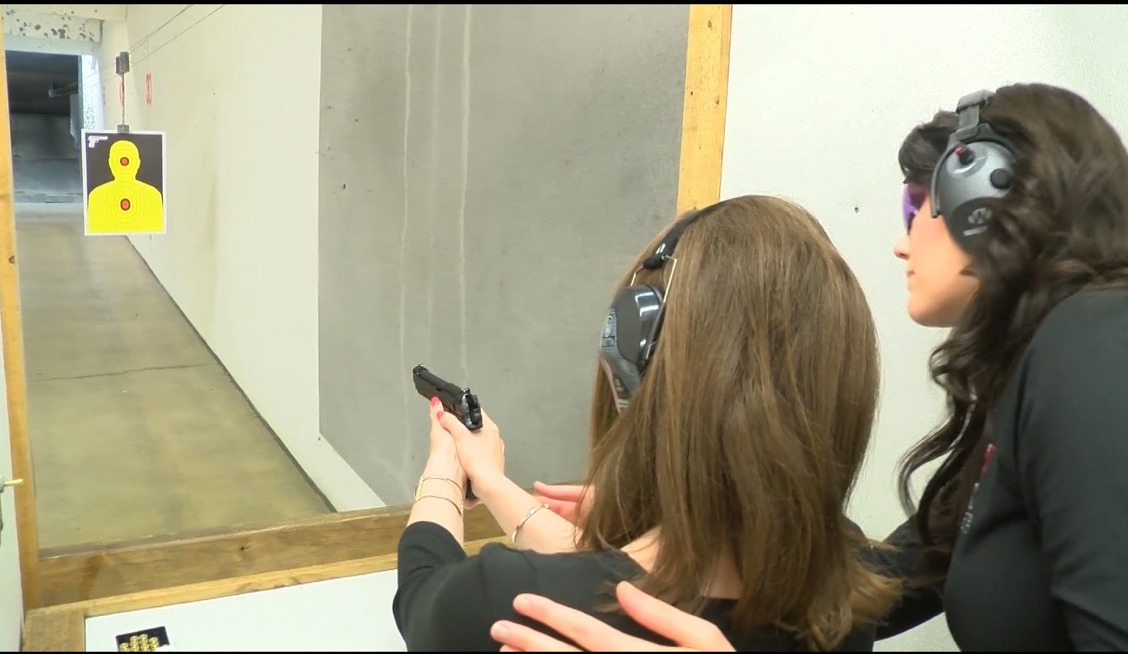 A Wisconsin family owned business is in the news this week when it was discovered the company will be giving out firearms as Christmas bonuses this year.

BenShot, a Hortonville based company which produces drinking glasses with a bullet embedded in the side, says this is the first time they have done anything like this since the business was started in 2015.

The 16 employees did not have the firearms directly purchased for them, as this would be considered a “straw man purchase” and illegal.

Instead, the workers were given a gift card totaling $500 for a gun of their choice with any remaining money to be used for firearm accessories, allowing the company to stay well within the law.

Ben Wolfgram, who owns the company with his father, said about the gift cards:

“That way the background check was done by the store,” he told news outlet WISN, “We are a small, close-knit team at BenShot. I want to make sure all of our employees are safe and happy – a handgun was the perfect gift.”

The bonus came with a stipulation however: the employees must attend a firearm safety class in order to receive their bonus.

BenShot paid for the class out of the company’s own pocket to ensure their employees were well educated in firearm safety. Several veterans have been hired at the company as well as other firearm enthusiasts, but not everyone in the company was familiar with proper gun handling.

Misch, who specializes in firearm and self-defense training, was pleased to assist BenShot with training their employees.

“The atmosphere of the company,” she said, “… was welcoming and friendly. The owners met me at the door and helped me set everything up. The employees were jovial and clearly enjoyed where they worked.”

Of the 16 employees, 8 are women, who Misch is especially interested in training. Since she began shooting over ten years ago, Misch found firearms to be empowering and is eager to help other women do the same by,

“… taking the mystery out of things. Lots of women who feel unsafe where they live or are involved in bad situations come for firearms training.”

“The first thing I did was thank him (Wolfgram) for empowering us not to be victims, because you never know… stuff happens and it’s a tragedy. But for him to stand for something, and for the company to stand for keeping us safe, it’s really awesome for him to do that.”

Misch said she was very thorough with the training, paying close attention to ensuring the employees fully understood firearm safety and proper handling.

In addition, Misch taught about CCW, legal ramifications of self-defense, and did her best to impart to her students this class is only the beginning of firearms training, encouraging them to continue with their firearm education.

“The owner, Ben, took part in the class as well, and helped to reinforce that he did the right thing in buying guns as gifts for his employees, by seeing how attentive and participatory they were during the class. These people really seemed to enjoy the working environment.”

2 female employees initially did not want the money to purchase a gun and were instead going to receive a different gift card. But, according to Wolfgram, the women changed their minds after completing the class by MK Protection Strategies.

What do you think of a company who gives out money to buy guns for Christmas? Leave us a comment below to let us know.

I highly recommend Malissa and the work she does. I spent 2.5 hours with her tonight in a Women’s Beginner Handgun class. Malissa has great depth of skill and a delivery style that is conducive to learning. As she teaches she balances humor and drop dead seriousness. In addition, her passion for personal empowerment is evident in classroom interaction.

Malissa did a great job with the class. I had taken one before from a very reputable company but I felt much more comfortable and confident after hers. The private class environment was a definite bonus.